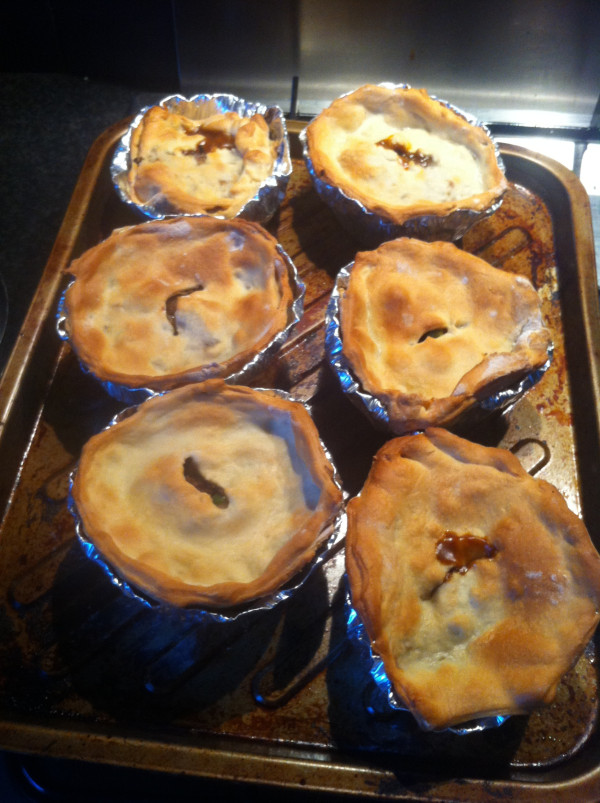 Those of you who read my other blog or follow me on twitter will know i’ve been cooking lots of food out of the Hairy Dieters Cookbook, one of the best things about the book is that in order to get flavour into a lot of the low calorie food they use a lot of spice so chilli features quite a lot throughout the book. 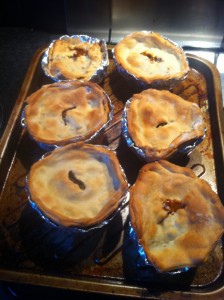 Fresh out of the oven

One of the recipes I was most intregued to try was their meat and potato pies, firstly because I wasn’t convinced you could make pies using ready mix pizza dough (I don’t even use that for pizzas) and secondly because the meat was spiced up with a good helping of chilli powder and chilli flakes.

As it happens I was really impressed with the pies. the dough worked really well, it crisped up nicely and didn’t taste doughy like I thought it might. The filling had a nice spice kick and could certainly be tweaked to include a bit more heat. I will definitley be making them again and may even use the dough mix to make some other types of pie, I might even try my own pizza base mix as the pie casings.

I did struggle to get pie dishes so ended up using pudding ones and folding the sides down.

I’ve taken the recipe straight from here which also has a video. It makes 6 pies, we ate 2 and froze the rest after i’d cooked them. 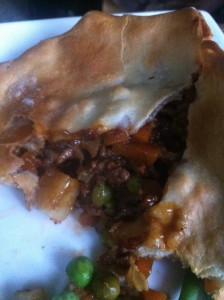 We all love your T.V series, ‘Hairy Bikers’ and now ‘Hairy dieters’, very interesting and very enjoyable, watch every week.